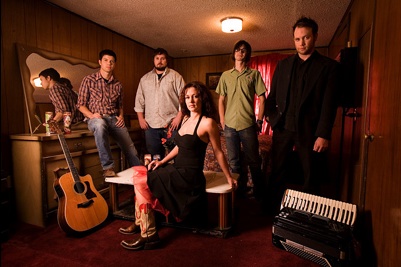 The Thrift Store Cowboys have been creating and recording their own brand of indie-rock grounded in West Texas country since 1999.  If you've somehow missed them, now is a great time to catch up.

The band was founded by two local products Daniel Fluitt and Colt Miller.  Before long they added a third in Clint Miller.  The full band is six members strong and includes a variety of instruments and voices.

After three full albums, the group is set to release their fourth album entitled "Light Fighter" on October 12th of this year.  The experience and solid production are evident with just a few listens to their tracks online.  Soon, you'll wonder why the Thrift Store Cowboys have been missing from your regular play lists.

In support of the new album, the band kicked off an East Coast tour today in Lubbock, at Buddy Holly Center.  You can catch them again next Wednesday at The Blue Light before they head out to Missouri.  Make some time this week to go support our home grown music, try out their music online, and pick up an album!