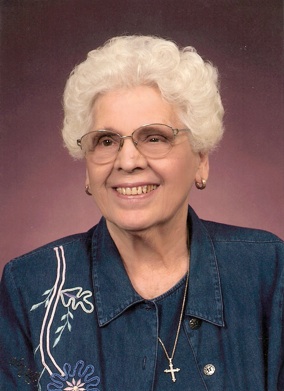 A lifelong resident of Wichita Falls, Berniece was born here on March 3, 1923 to the late George T. and Esther (Sturm) Taylor. She married Lawrence H. (Sonny) Smith on July 22, 1950 and he preceded her in death in 2006. Also preceding were her grandson, Bradley Cleveland in 1983, her brother, Stanley Taylor and her sister Louise Burnett.

Although her most important career was taking care of her husband, her daughters and her home, she did work at the Orchid Shop and as a bookkeeper for her father and brother at Wichita Wood Specialty.  While her daughters were growing up, she was always involved with their activities. She was active in PTA, City Council PTA, Blue Birds and Camp Fire.

Berniece was a lifelong member of Trinity United Methodist Church, formerly the First Evangelical United Brethren Church, where she belonged to the Genesis/Workers Class. She also served many years as the financial secretary for the church. She was also a member of Daytimers Women's Group and the Sewing Club, a group of ladies that met for many years.