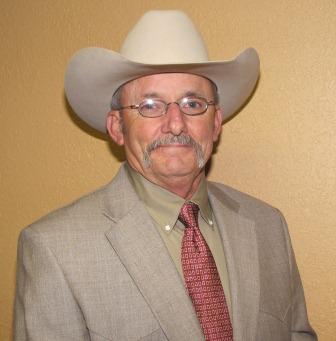 Terry L. Morgan was the clear winner in the three-man race for Garza County Sheriff.

I, Terry L. Morgan would like to take this opportunity to announce my candidacy for Sheriff Of Garza County.

My wife Francis and I made Garza County our home a little over eight years ago. Francis is  an elementary school teacher for the Lubbock Independent School District. I am assigned to the South Plains Auto Theft Task Force as an investigator working twenty eight counties. We work with every agency within these twenty eight counties from one man departments to departments as large as four hundred officers.

Let me tell you a little bit about myself. I have just begun my twenty third year in law enforcement. My first six years were spent with the Lubbock County Sheriff’s Department where I started as a Detention Officer, advanced to Training Officer, then promoted to the rank of Corporal. I later advanced  to the Court Division responsible for transportation of prisoners and security during trials. In 1993 I was voted Officer of the Year for the Jail Division by my peers. During my tenure with the Sheriff’s Department I had the honor of being chosen to be assigned to the U S Marshal’s Fugitive Task Force. In this position, we exclusively served fugitive felony warrants. I also was offered the opportunity and became a member of the SWAT team for the Sheriff’s Office.

For the past sixteen years I have been an Investigator for the Lubbock County Criminal District Attorney’s Office. I started as County Court Investigator, advanced to the Hot Check Division  as an investigator, then moved up to Assistant Administrator. I applied to be, and  became a member of the South Plains Auto Theft Task Force where I have been for eleven years. The Auto Task Force offered me the opportunity to become a member of the Texas Association of Vehicle Theft Investigators Organization.

I joined The Texas Association of Vehicle Theft Investigators in 1999 and became President for the 2007-2008 term. I currently serve on the Board of Directors for Alliance Federal Credit Union, an elected  position I have held for the past four years.

I believe that my twenty three years of law enforcement experience and dedication as a Peace Officer have given me the qualities that would make me an asset to the community.

My  Integrity, Experience, and Dedication to Justice are qualifications which would allow me to proudly serve as Sheriff of Garza County.

I ask for your Support and Vote in the upcoming  Republican Primary Election.