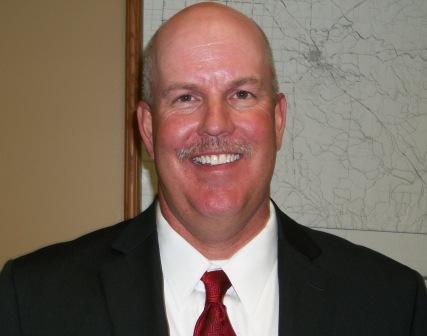 Importance of Self Image

There once was a jewel thief that operated in the twenties.  Arthur Barry gained an international reputation as the greatest thief of all time.  He not only stole jewels but high priced art and in fact would only steal from those who had “standing” in society.  It became a sort of status symbol to have been robbed by Arthur.

One night, Barry was caught and shot three times, but he still managed to escape and vowed never to do it again.  Having walked the straight and narrow for three years, a spurned female companion turned him in and subsequently he served an eighteen-year prison sentence.  Upon his release, he honored his word and never stole again.  He lived a model life and even became a community leader.

Word leaked out and reporters from all over came to the see him.  They asked question after question, but finally a young reporter asked him, “you stole from a lot of people, but do you remember from whom did you still the most?”  Without a moment’s hesitation he said, “That is easy.  The man I stole the most from was Arthur Barry.  I thought I had to steal and thought I was no good, but now I realize what potential I had and how much good I could have done with my life.  I could have been a successful businessman, a Wall Street tycoon, an engineer or architect, and most importantly a contributing member of society, but instead a chose to live a life of crime and spent two-thirds of my adult life behind bars because I thought I had to steal.”

During a break in a prison ministry, Bill Glass asked the former all-star catcher Jim Sunberg, what drove him to become a great major league catcher?  Sunberg replied that his dad told him daily that, one day, he would be a major league pitcher.  Sunberg believed his dad as a youth and then strove hard not to disappoint as he got older.  A prison inmate standing near-by said, “I did not disappoint my dad either.”  Bill asked him what he meant.  “You see” the inmate said, “from the time I was a small child my dad always told me I would end up in prison, and sure enough, here I am.”

Joyce Brothers once stated, “An individual’s self-concept is the core of his personality.  It affects every aspect of human behavior; the ability to learn, the capacity to grow and change, the choices of friends, mates, and careers.  It’s no exaggeration to say that a strong, positive self-image is the best possible preparation for success in life.”

Once there was a young man of 15 named Victor Seribriakoff, who was told by his teachers that he would never finish school and that he needed to learn a trade.  Victor believed the teachers and for the next 17 years Victor was a traveling worker, doing odd jobs here and there and never owned a home had a steady job.  He had been told he was not bright and had to work labor intensive, menial jobs until he was 32 years old.  In the course of applying for a job he took an IQ test.  The evaluation came back and it revealed he had an IQ of 161.  Victor gained confidence and quickly moved up the ladder at his job.  He started acting like a genius. He became well known mainly for the introduction of new technology into the processing of timber. His principle development was the automatic grading of timber for strength, which allowed for the more efficient structural use of timber. Stress grading machines were sold world-wide. Towards the end of his business life he was working on a visual timber grader. He also developed methods of finger jointing structural timber, and a saw plane, a circular saw blade that left a smooth planed surface while cutting timber. In the 1960s he led a British delegation to Russia where a conference was being held to discuss the process of metrication of the Timber trade.

Victor wrote many books, some on the timber trade, some on Mensa and its history, some about educating gifted children and many puzzle books. Many of these books were translated into several languages. The work about which he felt the greatest sense of achievement is his book called "Brain". In this book he sets out a theory of how the brain operates. I have been told that the ideas contained in the book were ahead of their time and that many of the points made in the book are being accepted by people working in the field now. The book was published in 1975, though Victor annotated the book to the effect that it had been written in 1964.

These stories make you wonder, how many people have been consigned to mediocrity by someone who saw them in an inferior light and treated them accordingly.  In the media, only those the media thinks are worthy or have a chance get coverage in political races?  How many graduate high school and never go to college because they have been conditioned to think they are “not college material”?  How many won’t complete in athletics because when they were younger, some adult told them or acted like they would never be good enough?  How many make poor choices of friends, or mates, or careers, all because somewhere along the line they were treated and talked to in a way as to give them no hope at anything better?

If you have a poor self-image or a great self-image, how could it affect your choice of; friends, spouse, education, career, effort in sports, effort in school, how you act in public, how you act at home, how motivated you are to chase your dreams?  So the question is obvious; Are you ready to quit stealing from yourself?  If you had a more positive self-image, would we be better men, women, coaches, teachers, fathers, mothers, businessmen, employees, employers, athletes, citizens, and leaders? When you look into the mirror will you be looking into the eyes of a thief or an ex-thief?

Our jobs as parents, teachers, coaches, adults, friends, and citizens of Post are to give our youth the best preparation for success in life.  See the positive in each other and especially our youth and express that to them.  Support kid’s efforts and praise them when they do well.  The results are not always the best or what we hope for, but the effort, the character, and the attitude can be one of a winner at all times.  "Ah, but a man's reach should exceed his grasp--or what's a heaven for?"  Teach and encourage our youth to be the best and they will start to believe that are the best.

I believe we are all designed for accomplishment, engineered for success, and endowed with the seeds of greatness.  As adults we must take every opportunity to light the fire of learning and achievement in school.  We should never limit a kid or label them.  Society is hard enough without us handicapping an individuals’ potential.

"There is no need to reach high for the stars. They are already within you - just reach deep into yourself!"  That is the main lesson.  At the end of the day, each of us will stand alone and look into our eyes and we must see a winner. Yes, correct mistakes and be honest and do not deceive, but always end with what is possible and with a positive message.  There are great rewards for those who are Bold and to be bold one needs to have a great self-image.  To reach the Gold one must believe they can achieve it and the support and perseverance will gain you the gold in the end.