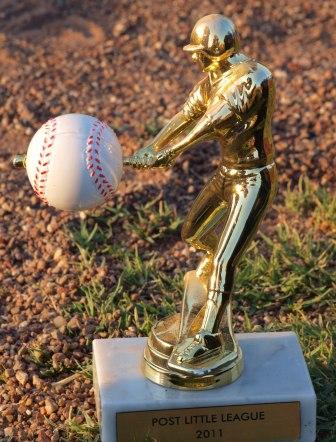 The "Little" man of the hour at the closing ceremony

The hot and dry weather has not been a deterent to the Little League operation as the excitement of the kids was evident at the ceremony.

Now comes the all-star season.  One of the teams playing is the Junior League Boys, ages 13-14.  They were introduced at the event and will play in the District 38 tournament at Ralls, June 22-27.  The 2011 team is Freddie Araiza, Keaton Collins, Jarred ... see more at PostSportsPage.com