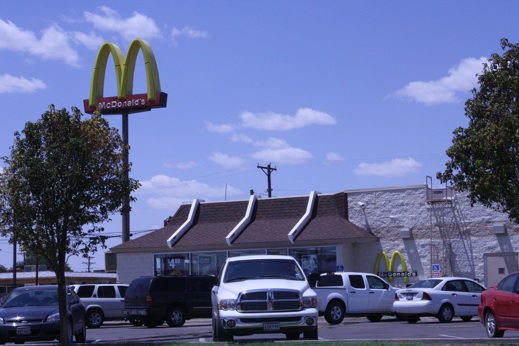 It was "business as usual" by mid-after Thursday at the local McDonald's. Damage from a fire after closing Wednesday night forced the fast food stop to close for several hours.

McDonald's in Post reopened mid-afternoon Thursday, June 30, after being closed due to a fire that occurred after closing Wednesday night, June 29. According to Brett Mistrot, Area Supervisor for McHolborn LP, owners of the local eaterie, the damage was confined to a small area and was mostly due to smoke.  "I understand that a Garza County Sheriff's Deputy noticed a 'glow' coming from our building when he made a traffic stop,"  Mistrot said.  "He called another deputy to investigate and when he discovered the fire, the deputy called the fire department."  The fast food stop will be open regular hours through the holiday weekend.