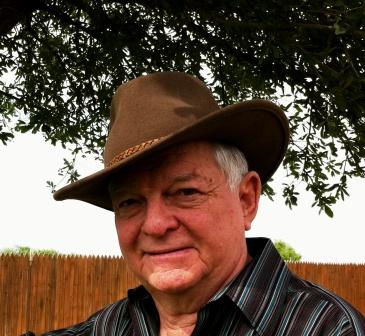 Noted author Bill Neal will be at Ruby Lane Books, 127 E. Main in Post, Dec. 3 to discuss his latest book: âVengeance Is Mine; The Scandalous Love Triangle That Triggered the Boyce Sneed Feud."

Award-winning Texas author Bill Neal will be at Ruby Lane Books, 127 E. Main in Post, Saturday, Dec. 3, 1 to 3 p.m.  Neal will be signing copies of his latest book, “Vengeance Is Mine; The Scandalous Love Triangle That Triggered the Boyce Sneed Feud."

Almost half a century after the Boyce-Sneed feud in West Texas erupted in bloodshed in 1912, two Texas historians attempted to write about the affair. But no one would talk to them.  Not until the 1990s did the whole story emerge, when descendants of the feuding families finally called a truce, opened the family archives, and shared family legends. And what a tale it proved to be—a classic saga of passion, violence, and revenge, of retribution but never redemption.  One of the murder victims in the Boyce-Sneed Feud was Colonel Albert Boyce who, for 17 years (1887-1905) was the general manager of the XIT Ranch.

Now Bill Neal, attorney and writer, tells the full story of this sordid affair with special analysis of the trial tactics that were so carefully crafted to resonate with the jurors of that era and ensure Sneed’s acquittal.

Other books written by Neal and available at Ruby Lane are: "Getting Away with Murder on the Texas Frontier: Notorious Killings and Celebrated Trials," "From Guns to Gavels: How Justice Grew Up in the Outlaw West" and "Sex, Murder, and the Unwritten Law: Courting Judicial Mayhem, Texas Style."

As a practicing criminal lawyer, Neal spent more than four decades frequenting county courthouses in West Texas and hearing tales of sensational crimes and celebrated trials of bygone years.  The Abilene author received the 2009 Rupert N. Richardson Award for the best book on West Texas history for “From Guns to Gavels: How Justice Grew Up in the Outlaw West.”

Presented by the West Texas Historical Association, the Richardson award is presented to the author of the best nonfiction book on West Texas history, broadly conceived, published within the previous two years.  Neal is the first back-to-back winner of the award after winning the honor last year for "Getting Away with Murder on the Texas Frontier: Notorious Killings and Celebrated Trials," which represents the first book in a planned trilogy on Western justice.

For more information, or to reserve a copy of Neal's books, call Ruby Lane Books, 806-495-2665 or email info@rubylanebooks.com.