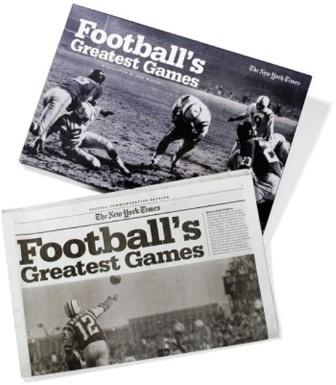 Having had a huge dose of football during the Thanksgiving weekend, I was waiting patiently for the Patriots and Eagles game to finish so I could enjoy an hour of something (anything) besides football.

In this case, I was looking forward to the CBS "60 Minutes" which promised a story about homeless families living in their cars (Sobering thought after hearing that shoppers spent cazillions of dollars during Black Friday.); companies that spend lots of time and money making food flavors addictive and (what I really wanted to see) an indepth interview with Angelina Jolie.  No hint of football here!  Nice break from stats, scores and standings.

So, when the clock ran out on New England (Good game, Wes Welker!) and Philadelphia, I went to the kitchen for a little snack (I was tired of football, not turkey and fixins'.) and again settled in front of the TV for the much anticipated "60 Minutes."

But, no-o-o.  No investigative reporting.  No celebrity interview.  More football!  It seems that Denver and San Diego were tied and overtime had just begun.  Overtime is always exciting and the term "sudden death" certainly lends a feeling of urgency for a team (any team) to score; however, I quickly lost interest and began to wonder exactly when and why football became the predominant programming influence on national television?  The sport gets a ton of prime time coverage and teams play on and on with no threat of interruption except for perhaps a "Breaking News" crawl.

As often happens when my mind wonders, I began an internet search seeking an answer to this mystery.  And, at the same time, killing time while the Broncos and Chargers tried to put points on the board.

And I found the answer.  But before the "reveal," how many of you remember the connection between a children's classic and the coverage of football on television?  Not Charlie Brown, not the Muppets...a story of a little Swiss girl.

"The Heidi Game or Heidi Bowl was an American football game played on November 17, 1968. The home team, the Oakland Raiders, defeated the New York Jets, 43–32. The game is remembered for its exciting finish, as Oakland scored two touchdowns in the final minute to overcome a 32–29 New York lead. The Heidi Game obtained its name because the National Broadcasting Company (NBC) controversially broke away from the game with the Jets still winning to air the television film Heidi at 7 p.m. in the Eastern Time Zone." (https://en.wikipedia.org/wiki/Heidi_Game)

Here's a brief recap of the last few seconds of the "Heidi" game:

"Within nine frantic seconds, Charlie Smith carried over a 43-yard pass play and Preston Ridelhuber ran in a fumble recovery to give Oakland a dizzy, dazzling, desperation 43-32 cliff-hanger win over the Jets.

The two plays touched off an electrifying finish to a high voltage game between East and West powers but only the 53,381 fans jammed into the Oakland Coliseum saw the most frenzied finish of the year in pro football."  (www.raiderhistory.net)

Well, folks, it isn't likely to happen again.  If a game is running over the allotted game/air time, it doesn't seem that any network will break away for "regular" programming, or a children's classic, or the latest on Branjalina.

Note:  Even after losing the "Heidi" game to Oakland, the NY Jets played in the 1969 Super Bowl.  Jets' quarterback, Joe "Willie" Namath, "guaranteed" fans his team would beat the Baltimore Colts. And they did - first time an AFL team came out on top.  The game is regarded as one of the greatest upsets in sports history.  And you thought Namath's bright spot in history was in panty hose!