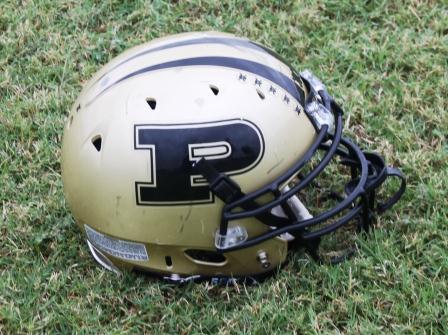 It's unusual to have two teams performing at peak performance at the same time with undefeated 5-0 records.   And that is what's happening this season with the football teams at Post Junior High School.

The Post 8th grade team, which is the defending district champions of the 2010 season as the 7th grade team, have given up only 12 points in five games this season, or  2.4 points a game, or less than a field goal per game.  Now that's defense.

The 7th grade has had even better defensive play by giving up just 6 points this season, or just over a point per outing.

Coach Jimmy Toney explained why the 7th grade Lopes have done so well, "it's the hard work they put in during practice.  We have a big line with strong kids and top that off with some fast elusive backs, makes for a pretty good team."

"I expect a tough game against a school like Idalou with a lot of tradition.  But in the end we expect to win, like we do every week," said Toney about Thursday nights game.

Toney added, "we are trying to get back to a winning tradition in our football program and it starts with the 7th grade and moves on up to the high school."

And don't forget to return to Redman Stadium Friday night for the varsity game when the Bold Gold Antelopes take on the defending state champs, Idalou Wildcats, who are ranked second in the state this week.