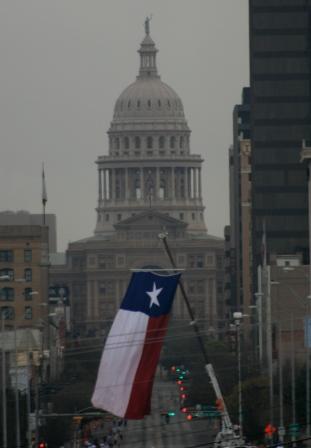 Continuing our series on the proposed Constitutional Amendments that will be on the ballot for the General Election, Nov. 8, below is information on Proposition 3, 4 and 5.  The final posting on the remaining 4 proposed amendments will be available prior to the beginning of Early Voting, Monday, Oct. 24.

Proposed Amendment 3: If Proposition 3 passes it would amend the constitution to authorize the Texas Higher Education Coordinating Board or its successors to issue and sell general obligation bonds on a continuing basis for the purpose of financing educational loans for students, subject to certain constitutional restrictions, including a restriction as to the maximum principal amount of bonds outstanding at any one time.  The proposed amendment would have the effect of continuing the existing Hinson-Hazelwood Student Loan Program.

The proposed amendment would appear on the ballot as follows:  "The constitutional amendment providing for the issuance of general obligation bonds of the State of Texas to finance educational loans to students.”

Recent cuts in federal financial aid combined with other reductions in student financial aid programs would likely increase the demand for student loans.  Many supports of this amendment believe the low-interest, fixed-rate loans, such as those offered under the Hinson-Hazelwood program, are the best alternative loans a student can get when other financial options are not available.  Supporters believe that this admentment would provide authority to the Texas Higher Education Coordinating Board that would enable the student loan program to be continued without repeated and costly constitutional amendment elections. This type of ongoing authority was overwhelmingly approved by Texas voters in 2009 for state bonds issued by the Veterans Land Board.

Opponents have expressed concern for increasing state debt.  The student loan program is self-supporting; however the bonds are considered an obligation of the state.  The benefits of the Hinson-Hazelwood program are recognized but it has been noted that the national student loan debt currently exceeds national credit card debt.  Ideally, alternatives such as grant aid instead of loans should be developed.

Proposed Amendment 4:  If passed, this would amend the constitution to authorize the legislature to permit a county to issue bonds or notes to finance the development or redevelopment of an unproductive, underdeveloped, or blighted area within the county, and to pledge increases in ad valorem (property) tax revenues imposed on property in the area by the county for repayment of such bonds or notes.  The amendment does not provide independent authority for increasing property tax rates.

The proposed amendment would appear on the ballot as follows:  "The constitutional amendment authorizing the legislature to permit a county to issue bonds or notes to finance the development or redevelopment of an unproductive, underdeveloped, or blighted area and to pledge for repayment of the bonds or notes increases in ad valorem taxes imposed by the county on property in the area.  The amendment does not provide authority for increasing ad valorem tax rates."

Supporters of the amendment believe counties should have the same ability as cities and towns to finance needed public improvements in areas that are deteriorating or un productive and are designated as reinvestment zones.  Without this amendment, county implementation of tax increment financing could be subject to a constitutional challenge. This proposed amendment would provide a mechanism for financing structural improvements in a defined area without a tax increase.

Opponents believe that authorizing counties to implement tax increment financing to fund transportation or other projects in a reinvestment zone could create an incentive to appraise property in the zone at a higher value.

The proposed amendment would appear on the ballot as follows: "The constitutional amendment authorizing the legislature to allow cities or counties to enter into interlocal contracts with other cities or counties without the imposition of a tax or the provision of a sinking fund."

Currently a contract longer than one year between local governments is interpreted as a debt under certain circumstances, requiring the tax assessment and the creation of a sinking fund.  Supporters of the proposition agree with the flexibility it would grant to local governments to consolidate projects and services over a term longer than one year in order to improve efficiency and reduce costs to taxpayers.

Very little opposition has been raised against Proposition 5 although one argument against the amendment is that it would give too much flexibility to local governments.