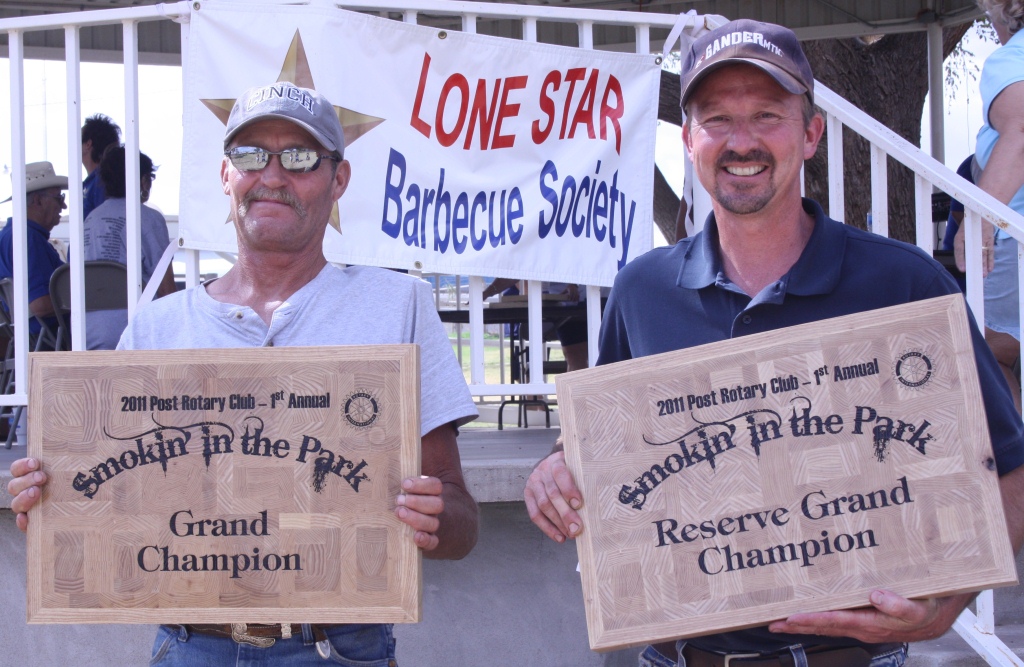 Friday afternoon [Sept. 2] it was obvious to anyone passing by the City Park that the first annual “Smokin’ in the Park” bar-be-que event was off to a great beginning.  By mid-afternoon Saturday, the beef, pork, chicken and beans had been seasoned, smoked and judged bringing the event to a very successful end.  Terry Roberts of Justiceburg won Grand Champion and received an awesome plaque plus $500.  Clay Ham of Gail won Reserve Grand Champion which also included a large plaque plus $250.  Rounding out the top five winners were Bobby Ragland, Mark Opachan and Taylor Fox.

In addition to the Post Rotary Club, who sponsored the event, many local businesses, organizations and individuals supported the cook off.  The event was sanctioned by  the Lonestar Barbecue Society.