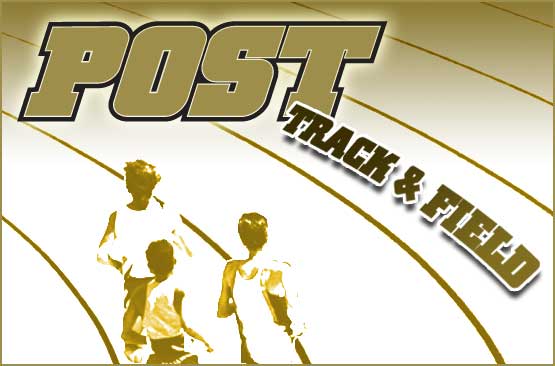 ACUFF - In their final warm-up before the District 3-2A meet to be held Friday at Denver City, again the Post High School track and field teams achieved great success this time at the Acuff Relays at the Lubbock Roosevelt High School track on Thursday, April 5.

The varsity girls and boys and the JV boys' teams placed second overall.  Both boys teams finished behind their Shallowater counterparts and the girls behind Monahans, both 3A schools.

Kelbie Oden, Bethany Curtis, Matti Smith and Haily Berry exchanged the baton in two different relays finishing first in the 4-by-100 and second in the 4-by-400.

In the field events, Alexis Ramirez and Sara Greer teamed up for the Lady Lopes in the shot put placing second and fifth respectively.  Berry and Oden garnered points in the long jump finishing in second and fourth places.  The ladies accumulated 76 team points.

The varsity boys put up 93 points with the help of the Soto twins.  In the 110 meter hurdles. Taylor finished third and Tavish sixth.

Corbin McDonald had another good showing in his specialty field events finishing first in both the high and triple jumps.  On the track he led three relay teams to finish either second (4-by-400 meter) or third in both the 4-by-100 and the 4-by-200 relays.  Running with McDonald were D.J. Brown, Nathaniel Gill, Steven Howard, Vance Blair, Matt Soto and Caden Dean.

Brothers Campbell and Carson Kirkpatrick crossed the finish lines in first and third in the 300 meter hurdles and fourth and sixth in the 110 hurdles respectively to spur the JV boys to a 160 points and a second place team ranking.

The 4-by-100 relay team of Pena, Dylan Pearson, David Hernandez and Bryan Smith crossed the line with a time of 46:49 and the first place medal.

Coach Beau Riker said "we have had a great track season up to this point and look to be very competitive at the District 3-2A Track Meet in Denver City this coming Friday."