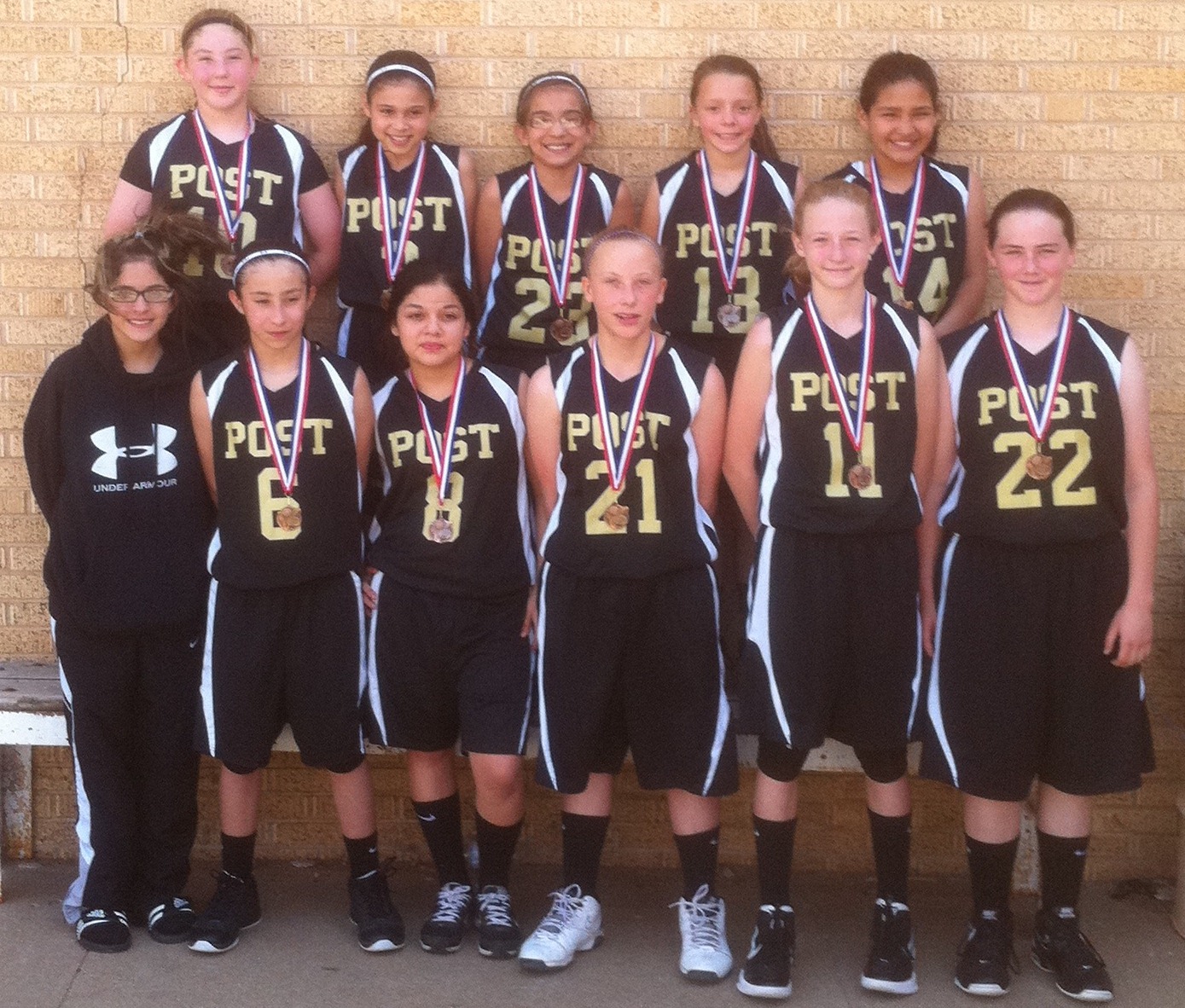 The Post 5th/6th Grade Girls Basketball team played in the Tri-County All-Star Basketball Tournament last weekend in Abernathy. The girls won third place in the tournament out of eleven teams.

In the first game, Post defeated Hale Center and went on to beat Cotton Center in the second game on Friday.  On Saturday, the girls' team won the first game over Abernathy but lost the second game to Idalou.  The girls returned to Abernathy on Sunday to play for a chance to go to the championship game, but lost to Lubbock Roosevelt by a score or 27-17 which resulted in the team winning third place over all.