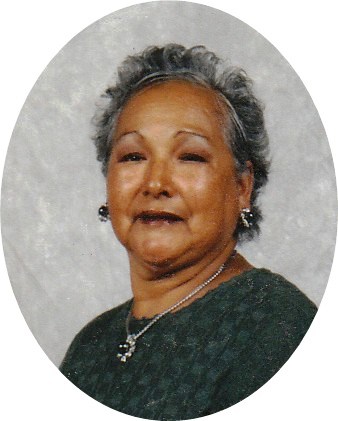 Maria Elena Bocanegra, 65, of Post died Saturday April 21, 2012 at her daughter’s home in Post.  She was born January 28, 1947 in Post to Gregrio Soto and Placida Flores.  She attended Post schools and later moved to Andrews to live.

In 2010 she returned to Post to be close to her family and friends.  Maria’s special interests were: attending church, walking, crocheting and spending time with her family.  She is preceded in death by her parents and a sister Sally Rodriguez.

Services will be at 11:00 a.m. Monday April 23, 2012 at the First Baptist Church in Post with Bishop Randy Asebedo officiating.  Burial will follow at the Terrace Cemetery.  Arrangements are under the personal care of Dee and Janet Justice, Justice-Mason Funeral Home.