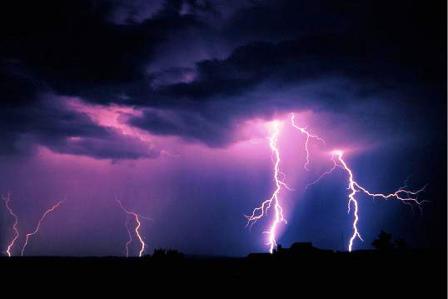 Severe Weather: Have a Plan

The National Weather Service (NWS) would like to remind everyone that severe weather season is here. In April, May, and June each year, strong thunderstorms develop and move northeast across the Southern Plains states. The strongest of these storms are called “Supercells” and can produce damaging straight line winds, flooding, large hail, dangerous lightning and tornadoes.

On average, the area from the Rolling Plains north into the southeastern Panhandle sees an average of 50 days with thunderstorms each year. In the spring months, many of these thunderstorms become “severe”, which mean they are producing one or more of the following: large hail (1 inch in diameter or larger), damaging thunderstorms wind gusts (58 mph or higher), and tornadoes.

The NWS has officially recorded 19 tornadoes in Garza County since 1950. In neighboring Crosby County, 51 tornadoes have been documented in that same time period, with three of the tornadoes in Crosby County rated EF3 or higher. According to preliminary NWS reports, there have been 557 tornadoes this year across the U.S. through April 17, which is greater than the average of 398 through this date. On average there are just under 1200 tornadoes across the nation each year, however that number can vary significantly from year to year.

The peak season for tornadoes in west Texas is May and early June, while the preferred time of day is between 3 pm and 7 pm, with a peak near 5 pm. Tornadoes, however, can occur any time of day or night. Lightning, flash flooding, and straight line winds can also be dangerous, and you should take proper precautions when severe weather threatens your location.

Remember the difference between a watch and a warning. A “Watch” means that conditions are favorable for severe weather in or near the watch area, while a “Warning” means that severe weather is imminent or occurring in the warned area. Warnings are issued for tornadoes, severe thunderstorms, flash floods, and river flooding.

Residents of west Texas can do a few things now to prepare for the upcoming severe weather season. The first is to become more knowledgeable about severe thunderstorms and the associated hazards. Second, everyone should have multiple ways to stay informed during rapidly changing weather conditions. That could be via the internet, local radio or television, NOAA Weather Radio, or internet or smartphone apps.

Every person needs to identify his or her “safe” place. This could be a sturdy building, basement, or cellar. In the case of a tornado, the safest place is below ground or in a FEMA approved above ground shelter. If getting below ground is not possible, move to the lowest floor in an interior room or hallway. A tornado typically damages or destroys a structure from the outside in, and from the top down. The idea is to put as many walls between you and the outside.

So in summary: know your risk, have a plan, be prepared and informed, and finally practice and maintain your plan! Please be safe this spring, and keep an eye on the sky!