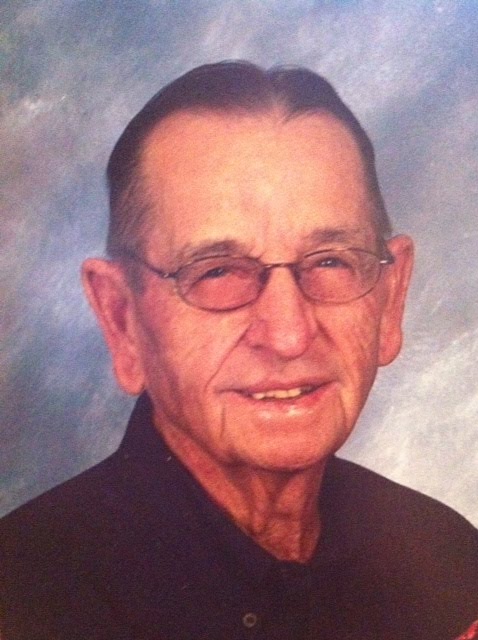 Jody “Grandaddy” Mason went to be with his Lord and Savior on August 16, 2012.  He was born on February 15, 1930 to Grover and Willie Mason.  He was the oldest of 5 children.  Jody graduated from Post High School in 1948. He was drafted into the US Army in 1950 and proudly served in Korea.  Jody married Helen Williams on May 15, 1955.  They happily shared 41 years together until Helen’s death on September 21, 1996.  He later married Marilynn Curry on April 18, 1998, and they shared the past 14 years with much happiness.  Jody worked many years in the oilfield, but his greatest accomplishment was his family, especially his sons, Joe and Kelly, with whom he had lunch every day for the past 30 years.

Jody was also preceded in death by his parents and sister, Joy Barron.  Those left to cherish his memories are his wife, Marilynn, children Joe and Melinda Mason  and Kelly and Tammy Mason; stepchildren Jan and Bob Baucum, Mike and Gail Haley, Kelly and Cynthia Haley, and Cary and Debra Stephens; brothers, Lewis Mason (Jane), GT Mason,  sister Jackie Hutton (Jim) and brother-in-law Glenn Barron.  He is also survived by 11 grandchildren and 25 great grandchildren.