The Community Coverage Tour activity began at 12 noon with the first clue of the location of hidden treasure somewhere in the county.  The first clue was mentioned on the noon news followed by two more clues on the station's web site.  Soon after 2:00 p.m., local veterinarian and Garza Post columnist, Kerry Wink discovered a cross  necklace at the Close City School west of Post.  The "Finders Keepers" game was sponsored by Anderson Brothers Jewelers.

The KCBD NewsChannel 11 crew arrived in Post to set up at the park at about 2:00 p.m.

Over the years, the Lubbock television station has explored twenty different towns and shared their stories and uncovered interesting facts about the communities that make the South Plains great.  The 2012 tour was the fourth time it came to Post.  Enjoy the photos. 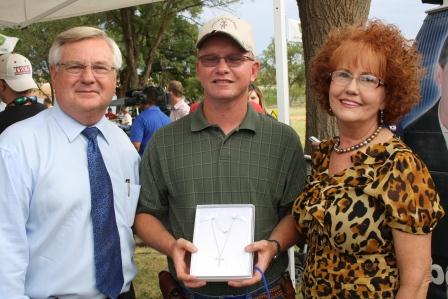 Post's Kerry Wink (center) is flanked by Todd Fields and Ann Winegar of Anderson Brothers Jewelers. Wink was the recipient of a $5700, 18K white gold "Repertoire Cross Necklace" by Hearts On Fire. It was the winning prize in the "Finders Keepers" contest on July 24. After three clues, Wink found it at the Close City School. 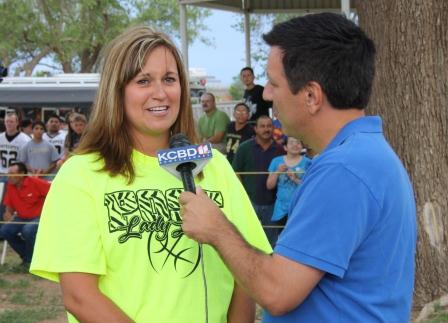 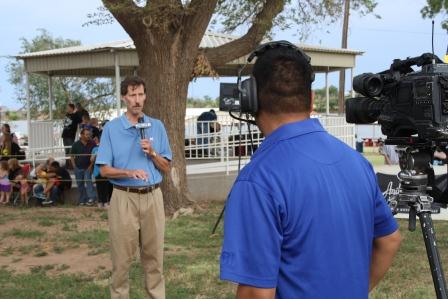 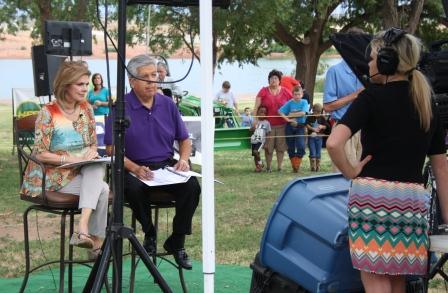 KCDB news anchors Karin McCay (left) and Abner Euresti wait for a cue from a staffer (right) to begin the 6:00 p.m. newscast from the Post City Park on July 24. 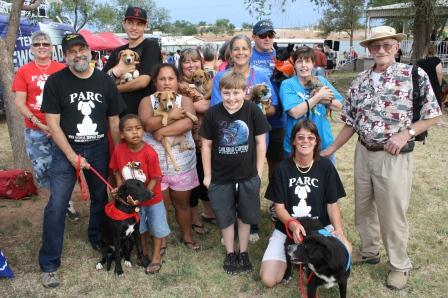 The Post Animal Refuge Center was the recipient of $215 in donations solicited at the Post City Park during KCBD's Community Coverage Tour on July 24. Pictured are some of the animal shelter residents and PARC volunteers. 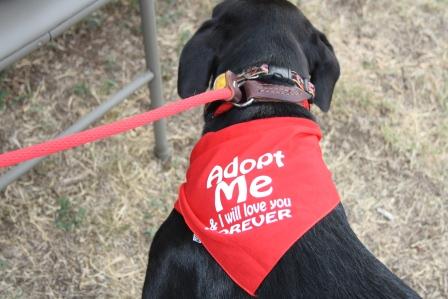 Pepper, a resident of the PARC Animal Shelter, was at the Post City Park schmoozing prospecitive pet owners. His stylish bandana says "Adopt Me and I will love you forever". 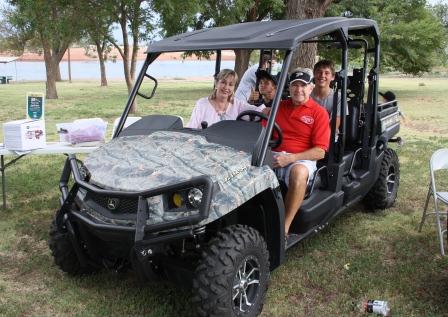 South Plains John Deere Dealers joined the KCBD Community Coverage Tour and offered people a chance to enter and win a drawing for a John Deere Gator XUV 550 S4. Post's Trent McDonald was one of the five finalists for the prize. Unfortunately for Trent, the winner of the Gator was from Lamesa. Pictured, prior to the drawing, are hopefuls Janice and Harry Record in the front seats. Sitting in the back are Ty Jones and Chance Courtney. 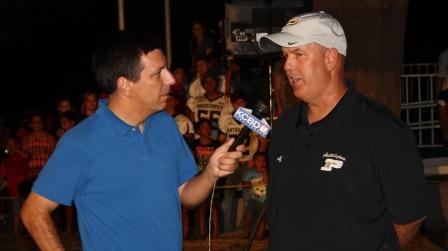 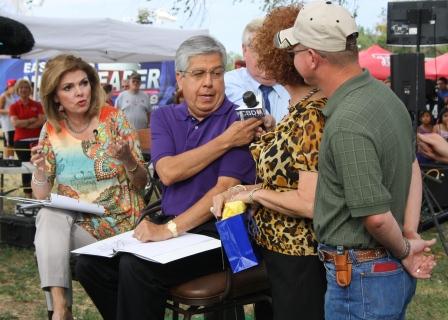 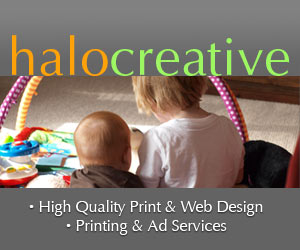