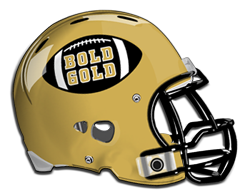 The Post Bold Gold Antelopes' 10 game season begins Friday at Indian Stadium in Morton in a non-district match-up.  The schedule will end eleven weeks down the road on November 9 at home against Abernathy.

Morton, of District 3-1A Division II, has ten starters returning, five each on offense and defense.  The Indians are "a playoff team from last year, said Post Head Coach Steve Smith.  They finished the 2011 with a 7-4 record losing in the regional semi-finals.  This season Morton will have just a varsity squad which includes seven freshmen and nine seniors.  The school doesn't have enough kids to sport a JV or freshmen team.

Coach Jimmy Tercero's Indians run the spread offense.  "They have a lot of speed and athleticism at the skill positions, particularly at quarterback and receiver.  Also, they have big linemen who do a good job," commented Smith.

According to Coach Smith, Morton will probably show a 3-4 defense that is in constant motion with stand out players at the end and safety positions.

The Antelope roster shows more experience than last year's squad recording a 2-8 season.  The Lopes return five starters on each side of the ball and 18 lettermen.  Of the 25 players, nine are seniors and ten arejuniors with no freshmen.

The game broadcast will be available at PostSportsRadio.com.  The pregame starts at 7:10 and kickoff is at 7:30 p.m.

With a last minute change in the schedule. the JV Lopes will play at Levelland Thursday instead of at Childress.