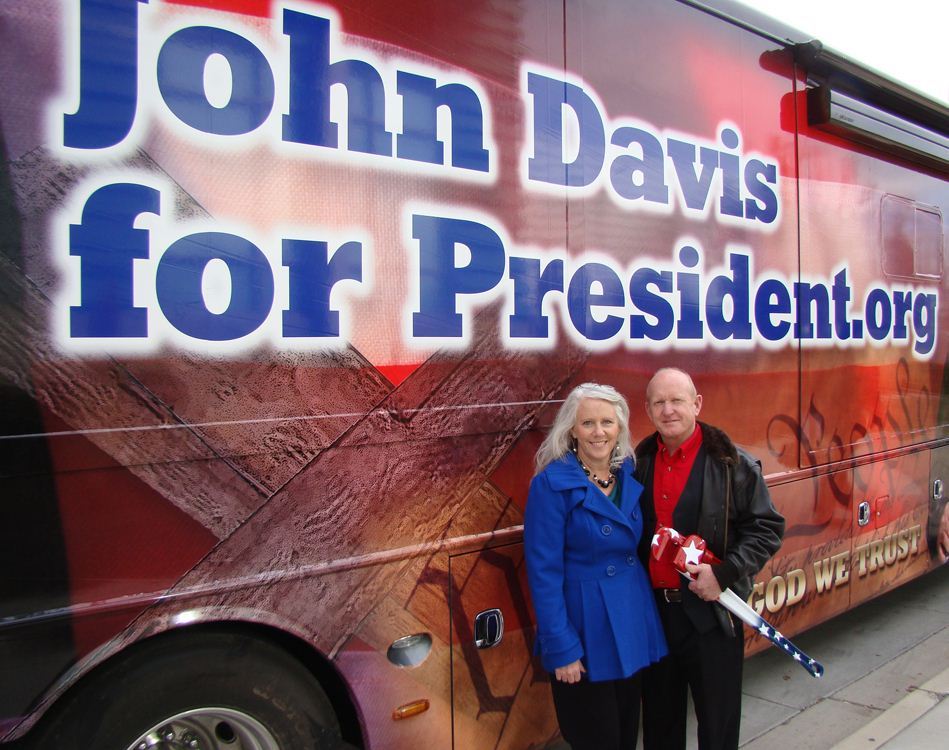 (Grand Junction, CO)- On November 28, 2011, the John Davis for President Campaign announced having reached the half way point in Mr. Davis’ plan to visit all 3143 counties in the United States. With the completion of the campaign’s fourteenth trip, a total of 1,580 counties in forty-two states have been visited by Mr. Davis in his campaign for President of the United States. Mr. Davis’ effort has been called “arguably the most ambitious tour of the country in American political history.”

The Davis "Votercade" is expected to arrive on East Main Street in the Post downtown historic district on Monday, January 23 at 10:42 a.m.

While on the campaign trail, Mr. Davis along with his wife Debra, have reached out and visited with thousands of people from the Atlantic to Pacific oceans. Mr. Davis commented “We’re taking our campaign message to the people of the United States one county at a time. While this may be considered by many to be an unconventional campaign, we are committed to doing things different than the so-called top-tiered celebrity candidates. We have to”.

Mr. Davis went on to say “I truly believe that I have been called to do this. We’re spreading the seeds around and it’s starting to grow. People everywhere keep telling us they have had enough of the status quo, of everyday politicians telling them what they want to hear. I tell it like it is and I have what it takes to be the President of the United States of America.”

For more information about John Davis and the "Votercade" schedule, visit his web site by clicking here.