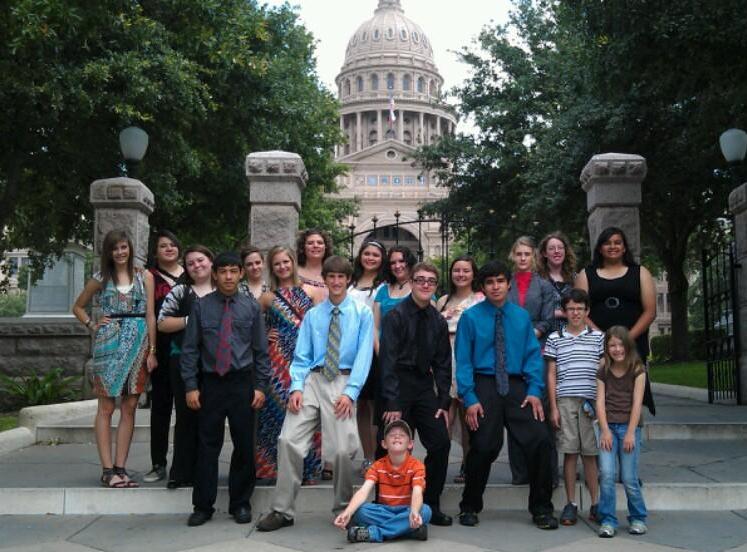 The Pride of Post Band pose for a picture in Austin with the Capital Building behind them. They were there performing in the UIL state band competition.
(Click the above photo to see additional photos)

The Pride of Post Band scored a #1 at the event.

As a solo drummer, Stephen Rodriquez received a #2 with a second place medal.

The musicians were under the direction of Aaron Rathbun and Bernie Tackitt.

(Thanks to Marcie Oden for this contribution to The Garza Post.)