Parents and other family filled the park to watch their ball players be recognized and receive a trophy for their participation.

In contrast to the 2011 ceremony during record drought, thunder and lightning threatened the conclusion of this year's event. 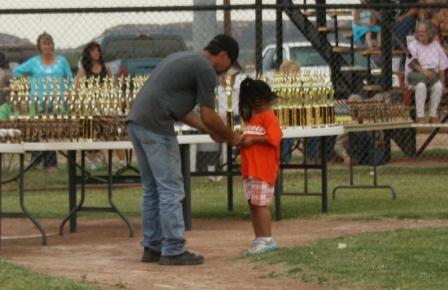 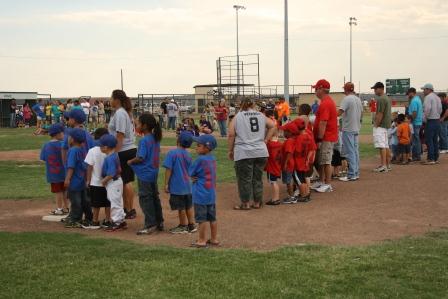 Little League ball players wait to hear their name before approaching home plate to get their trophy. 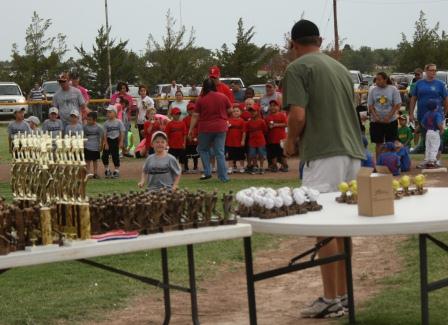 Craig Bigham presented trophies to the members of the Lugnuts. 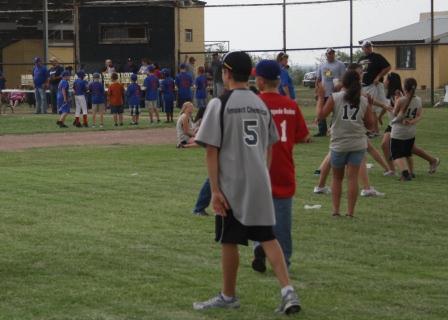 Ball players covered the field as they waited for their turn to be recognized.