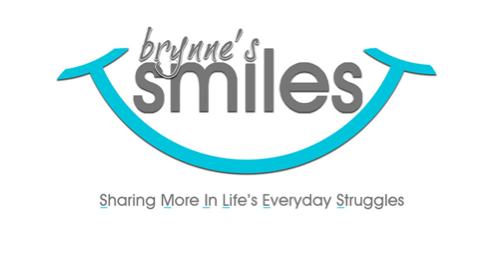 Lubbock, TX – Lubbock toddler, Connor Perryman, is donating his fourth birthday to a local organization that has helped his family cover partial travel expenses for several medically necessary trips. Now the little guy wants to pay it forward by asking everyone to eat at McAlister’s Deli – the 82nd Street location only – on Tuesday, March 6, between 5 p.m. and 10 p.m. A portion of every meal will go to Brynne’s Smiles.

“Connor has an undiagnosed auto immune syndrome,” said Vangelia Perryman, the toddler’s mother. “He has had this since birth. Then in 2010, he was also diagnosed with type 1 diabetes, which really complicates his other medical problems. We have been to both Cook Children’s Hospital as well as Texas Children’s Hospital searching for a diagnosis. We will be going back to Houston in June to see a different set of doctors. We couldn’t have made these trips without the help from Brynne’s Smiles.”

According to the organization, Connor is the first Smiles Kid to receive on-going funding for medical issues.

“We have been where Vange and Connor are,” said Brynne’s Smiles’ Executive Director Maggie Bigham. “I remember what it was like when we were trying to find answers for Brynne. We had so much help and support from our community, friends, and family. Our family knew we had to pay those blessing forward.”

Brynne’s Smiles was started by the Bigham family in honor of their daughter, 3 year-old Brynne Bigham, who fights a rare genetic disorder – trichohepatoenteric syndrome.

“This is our way of thanking all of those people that trusted us with their gifts,” said Bigham. “Our focus is to share more in the everyday struggles – not just medical – although we do help with that, too.”

For more information about the McAlister’s event or Brynne’s Smiles contact Brynne’s Smiles’ Executive Director Maggie Bigham at 806-781-9264 or Vangelia Perryman at 806-535-4346.

Brynne’s Smiles was started in the spring of 2011 by Craig and Maggie Bigham with the proceeds donated by the Trooper McDonald Memorial Race. Because of the blessings, generosity, support and most importantly, prayers, the Bigham family has received since 2008, they wanted to pay it forward and find a way to help others. Brynne's Smiles is their way of spreading the love of Christ and supporting other families with similar struggles. Their struggles began with the enormous amount of medical bills relating to their daughter Brynne’s rare genetic disorder and the requirement of one income to be given up to stay home to take of her medical needs. Through all of the trials since Brynne’s birth in 2008, the Bigham’s have seen many families they have wanted to help but were not able to do so by themselves.

The foundation of Brynne’s Smiles is based on 1 Peter 4:10 which says “Each of you should use whatever gift you have received to serve others, as faithful stewards of God’s grace in its various forms.”  The focus of Brynne’s Smiles is to allow families and individuals to help other families and individuals who are struggling with everyday needs. An opportunity to SMILE will be presented each month through our website at www.brynnessmiles.org and on our Facebook page.  Our faith in Jesus Christ is the guiding factor in how we share SMILES and the reason we have such joy in doing so.