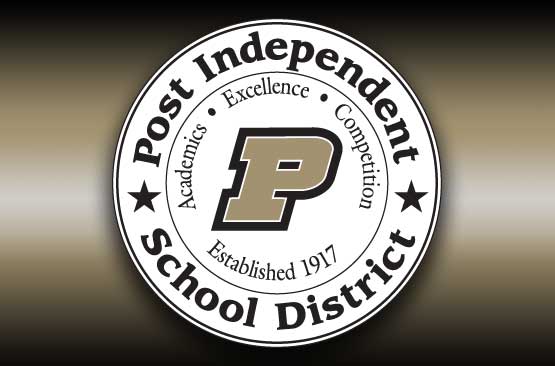 "If governing bodies of a majority of the taxing units entitled to vote on the appointment of board members adopt resolutions disapproving a budget and file them with the secretary of the board within 30 days after its adoption, the budget does not take effect, and the board shall adopt a new budget within 30 days of the disapproval."

Mr. Comeaux explained that 2 of the 6 entities involved in the budget amendment request voted against it; 2 voted for it and there are only 2 left to vote:  Post ISD and Crosbyton ISD.  "Crosbyton [ISD] doesn't meet until March 5.  I don't know why they chose not to call a special meeting, but they did.  However, a vote by the school district wouldn’t make a difference.”  The attorney's interpretation of the tax code is that "4 entities would have to vote to rescind the budget amendment by March 1 [date amended GCAD budget takes effect], or the amendment stands.”

Superintendent Comeaux explained that it was not possible to include this issue in their regular meeting February 16 because the request for the agenda item was received too late to meet legal requirements for posting meeting agendas.  “I have to look at this through the eyes of our school district.  The Appraisal District collects taxes for the district,” the superintendent said.  “I understand that the increase has caused concern.  “The Appraisal District is asking for $1120.28 this year from Post ISD.”

Board president Mike Holly asked the trustees if there were any questions or discussion on the issue.

“We’ve got 2 members [representing Post ISD] on the GCAD board,”  Trustee Drew Kirkpatrick said. “Maybe they should have increased the pay incrementally, but those guys know what’s going on in that office.  We should support them.”

Board member Alexa Collier responded, “I agree with what Drew said.  We’re talking about an entity that returned money to us [at the end of the last budget year].

Delton Osborn stated that he was “concerned because "we’re asked to represent the people.  As a taxpayer, I see that side because that’s who will pay for this.”

“I work with the appraisal office in my business,” Collier explained.  “I have seen what this office does compared to other counties and it is far superior.  Yes, it will be more next year, but we can budget for that.”

Board member Milton Williams said, “I have a problem with this because the raise wasn’t done in smaller amounts.”

Jeff Lott, representing the Garza Central Appraisal District Board of Directors, explained that the issue leading to the increase in salaries “all came about after everyone had adopted their budgets.”  After the resignation of the Chief Appraiser, the GCAD board realized the staff was “overworked and underpaid.  This is an onerous job.  You are dealing with the public and 75% of the people who come in are mad.”  Lott continued, “There are qualified people in this community, but they aren’t interested in this job.”

“I understand both sides of this,” school board member Robbie Williams.  “Our vote won’t change this.  How are we going to be perceived?  We’ve got to look out for ourselves.”

“These guys have studied this situation, “ Holly said.  “I believe we need to back them.  If some people are mad at me, they’ll just have to be mad.  I wish we could have a consensus on this.”

Superintendent Comeaux said.  “I want this to be right for everyone. I believe the best case for the district is to approve the amended budget and move on.”  He explained that the board could either “vote for the amended budget or approve a resolution disapproving the budget amendment.”

The Post ISD vote brings the total number taxing entities opposing the GCAD budget amendment to 3; however, a vote of 4 entites is required to rescind the amendment.  The amended budget allowing for pay raises for the Appraisal District staff will be adopted.