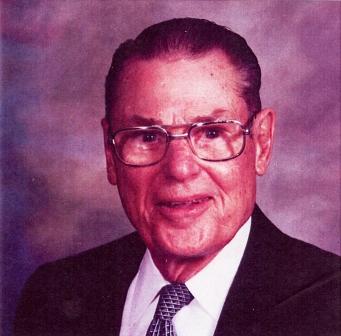 Family graveside services will take place Saturday, May 12 at 2 p.m. followed by a memorial service at 3 p.m. at First United Methodist Church in Lubbock with a reception to follow in the church parlor. Visitation at Rix Funeral Home will be Friday until noon Saturday.

Mr. Lott was born in Kansas City, MO on March 24, 1914 to Mamie Slaughter Lott and Frank E. Lott. He graduated Wentworth Military Academy and served as a First Lieutenant, G2, in the US Army Reserve. He married Ryla Tizard Lott on December 28, 1935. Mr. Lott was employed at the Ford Mortor Company accounting department from 1933 to 1945, at which time he moved his family to Post, TX and assumed leadership of the family ranching and farming operations of the U Lazy S Ranch. He became an active and valued member of the Post community where he served in various capacities at First United Methodist Church, the Boy Scouts of America Post Troop 16, and experimental ranching organizations.

In lieu of flowers, the family suggests memorials to South Plains Council of the Boy Scouts of America, the National Ranching Heritage Center, or the charity of your choice.