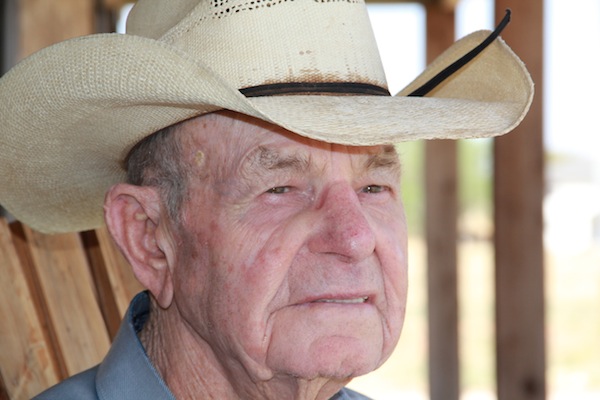 Ira Alton Clary, 84, of Post died Saturday, May 19, 2012 at his retirement home in Brownfield, Texas. Alton was born May 9th, 1928 to Nolan and Edith (Hadaway) Clary.  He grew up in the Ragtown / Close City community, before moving to Post in 1942.  He had two brothers Neal and Don and two sisters Allene and Dixie Nell.

He married Vada Taylor Childers on November 19, 1950.  She preceded him in death December 14, 2002.  They had one daughter, Judy.  Alton went to work at an early age at Piggly Wiggly.  He left there to pursue a career in the oil field for L and N Production Company as a pumper.  When they sold to Petrofina he continued with Petrofina for 27 years before retiring at the age of 62.

Alton was preceded in death by his parents, his two sisters and by his wife of 53 years, Vada.  He remarried after her death, to Rita Nelson of Post on August 9, 2003.

He is survived by his wife: Rita Nelson Clary of Post; his daughter: Judy Polson, his son-in-law Tom Polson, his brothers Neal and wife Lanelle, Don and his wife Wanda, two grandchildren Mark Polson and Mindy Rogers and her husband Lee Rogers all of Brownfield.  Two great grandsons Colton Lee Rogers and Tripp Daniel Polson.

Visitation will be 5 to 7 p.m. on Monday at the Justice-Mason Funeral Home.