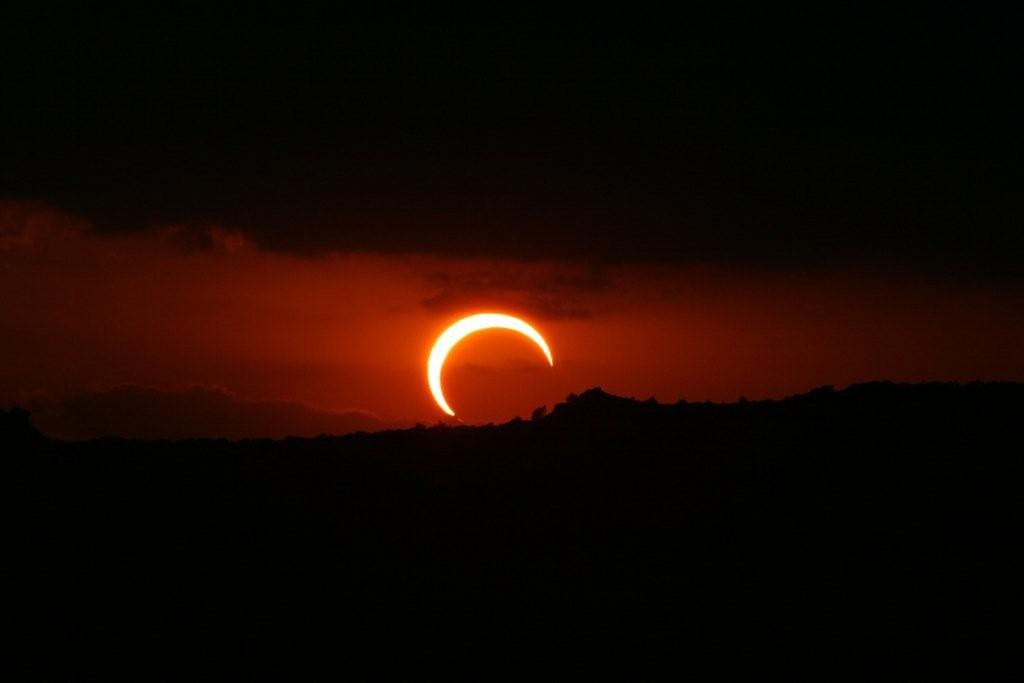 The solar eclipse that captivated people from around the world Sunday evening was visible to some Garza County residents.

Rancher Drew Kirkpatrick was doing home chores when he saw the event which happens about every eleven years.  "I was on the lawn mower and Tonya (his wife) came outside to ask me a question. We saw the sun between the horizon and the clouds about to set. Then a portion of the sun began to disappear and it was so bright you could hardly look at it.  Tonya ran in the house and got our camera and she also brought her sunglasses so she could look at the eclipse while I took pictures," said Kirkpatrick.

It occurred about 7:30 p.m. Central Daylight Savings Time.  According to Wikipedia an annular (having the form of a ring) solar eclipse took place on May 20, 2012 (May 21, 2012 for local time in Eastern Hemisphere), with a magnitude of 0.9439. A solar eclipse occurs when the Moon passes between Earth and the Sun, thereby totally or partially obscuring the image of the Sun for a viewer on Earth. An annular solar eclipse occurs when the Moon's apparent diameter is smaller than the Sun, causing the Sun to look like an annulus (ring), blocking most of the Sun's light. An annular eclipse appears as a partial eclipse over a region thousands of kilometers wide. This is also known as Ring of Fire.

The annular phase was visible from the Chinese coast, northern Taiwan, the south of Japan, and the western part of the United States.

Kirkpatrick added "it was an unbelievable sight and powerfully bright.   We've seen many amazing things out here at the ranch in the last ten years but this was by far the most incredible.  Our pastor, Scott Richards, asks us every Sunday morning where have you seen God at Work? Tonya and I witnessed his power, glory, and majesty first hand!"