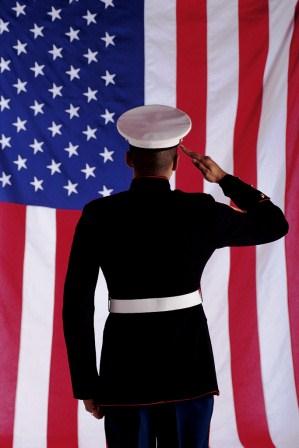 Display Your Flag This Holiday Weekend

Some individuals and businesses display their flag every day; however, according to the web site flagetiquette.us, it is especially important that the flag be displayed on certain holidays and special days declared by the President.

Regarding flag etiquette for the upcoming Memorial Day holiday, the U. S. flag should be flown at half-staff until Noon and then raised to full-staff.

The flag is displayed at half-staff as a sign of respect or mourning. Nationwide, this action is proclaimed by the president; state-wide, the proclamation is made by the governor. In addition, there is no prohibition against municipal governments, private businesses or citizens flying the flag at half-staff as a local sign of respect and mourning.

The U.S. Flag Code lays out the proper etiquette for the use and display of the flag of the United States There are no penalties or punishments for violating the Flag Code,  The Flag Code is merely a general guide lines, and we have gathered a quick reference for the proper way to display the flag.