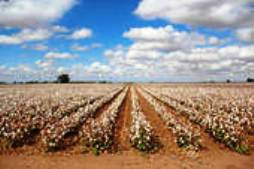 The USDA recently released the final estimates for the 2011 Texas cotton crop. The estimates, taken from information compiled from cotton ginners who participated in the USDA survey, showed a 55 percent drop from 2010 in total bales produced.

Farmers in the area are optimistic that 2012 will present a different picture with an increase in cotton production.  "We will finish planting today (May 30) and we are blessed with good moisture,"  said Billy Weaver of Weaver Farms with farmland in Garza and Lynn County.  "We have received 4 1/2 to 5 inches of good, slow general rains and the moisture isn't evaporating."  Weaver also explained that "the drought is not over" but he is "very excited about the year."