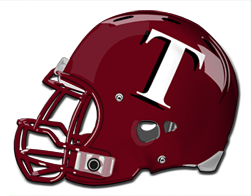 The Antelopes varsity football team will have their work cut out for them this week as they face a new District 2-2A, Division II challenger.  The Bold Gold hope to take the sting out of the Tulia Hornets high scoring offense.

Post with a 1-0 district record faces a team that was picked to finish last behind the Lopes according to Dave Campbell's Texas Football magazine.  As things look going into Week 7 of the season, both teams are playoff contenders.

On defense Tulia gives up 28 points while Post allows only 23 a game.

Thursday evening the JV Lopes will travel to Littlefield for a 5:00 p.m. game since Tulia does not have a JV squad this week.  The junior high teams are spread out with the "Fun Bunch" B-team playing at 5:00 p.m. in Hamlin and the 7th and 8th grade teams are at Tulia with the first game to start at 5:00 p.m.

The weather forecast for Friday night calls for clear and calm conditions with a kickoff temp at about 70 degrees.

If you can't make the trip to Tulia, listen to live play-by-play action on PostSportsRadio.com.

Here's how District 2-2A, Division II shaped up after the first week of district play.