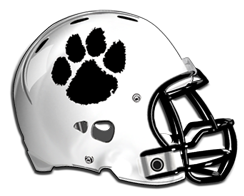 Week 2 of the 2012 season takes the Post Bold Gold Antelopes (2-0) to arch rival Slaton (2-0) where just one team will end the evening undefeated.

The Tigers of District 2-2A, Division I has a new head coach in Chad Terry who comes from the offensive coordinator position at Lubbock Coronado.  Last week his team defeated Van Horn 34-6.  The Bold Gold are coming off a win over Lamesa, 40-33.

The junior high season gets started Thursday with the combined B-team scheduled for 4:30 p.m. and the 7th and 8th grades games to follow.  All games will be played at Slaton.