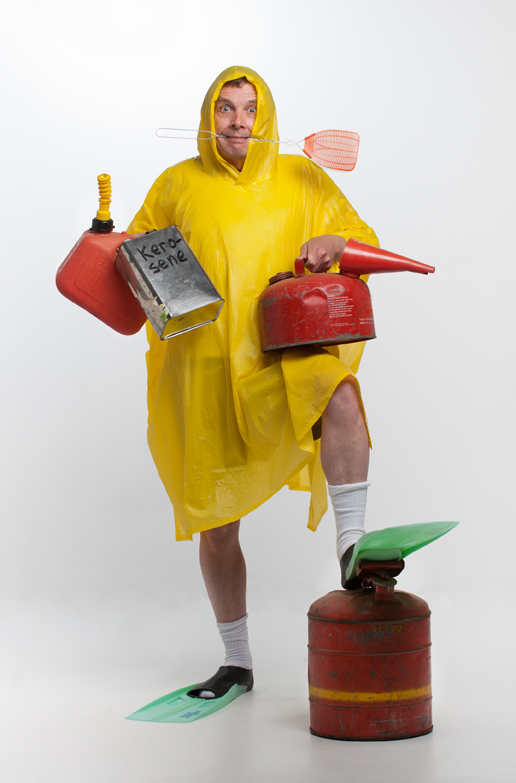 Jaston Williams will be opening a new show "Camping with Gasoline"

Audiences won’t want to miss Camping with Gasoline, the hilarious journey as Williams guides fans back to his West Texas roots. The one-person show open in its West Texas premiere on Friday and Saturday, Sept. 21-22 at the Lubbock Memorial Civic Center. Evening performances begin at 7:30, with a Saturday matinee at 2pm. For tickets, call Lubbock local 806/770/200 or toll free 800.735.1288. Online, go to www.selectaseatlubbock.com.

Camping with Gasoline is an original piece of work in 3 segments - 1) The psychotic family Christmases known as Blood and Holly 2) His Boy Scout troop, where the main activities were smoking, gambling, and sleeping late, and 3) An excursion gone haywire in Guatemala.

The master actor and writer, well known from Greater Tuna fame, has gone back to his early years, seasoned the tales with humor, and developed a show giving further proof that he is one of the world’s most talented storytellers. Of his scouting days, Williams recalls, “We were a great group. It was the 1960s, and The Beatles craze had just hit. There was a kind of a revolution going on even down in junior high. We marched to a different tom-tom,” adding that he stays in touch with a lot of his Scout buddies, like Crosbyton classmate and good friend Sam Medina, Lubbock’s City Attorney. “Our group only had one guy go to prison; we haven’t had any go to Congress, so we feel like we did pretty good.”

Family Christmas time also is a focus of the new show said Williams, who grew up in Olton, hung out in Plainview, graduated from Crosbyton High School, and studied theatre at Texas Tech. His father’s family were Westerners; his mother hailed from the South. He likens their relationship to Robert Mitchum meeting Scarlett O’Hara. “Our Christmases could get real crazy.”

The third part of Camping with Gasoline recounts how Williams ended up in a rumbling volcano in Guatemala a few years back. “I adopted a child seven years ago, a boy from China. He was seven at the time. At first, however, I thought I was going to adopt out of Guatemala,” he said, “so I planned a trip to Guatemala to experience the country’s culture.” He became trapped on a boiling volcano with “a bunch of crazy German tourists and armed bandits chasing us down in the night.” He and a friend who was with him found themselves running into the volcano in the middle of the night, hoping not to get hijacked. “Part of that whole adventure was my search for my son,” Williams said.

A native-born Texan, Williams has performed both on and off Broadway, in the United States and in Europe. He resides in the Texas Hill Country, and has collected a variety of awards and credits, including the Los Angeles Drama-Logue Award and a Helen Hayes Award nomination for Best Actor. Williams has received the Texas Governor’s award for Outstanding Contribution to the Arts by a Native Texan. He also has represented the state at The White House, performing there several times.

Source >> Information from interviews, reviews and features to the Lubbock Avalanche-Journal, The Austin American-Statesman, The Austin Chronicle and Arts Attack