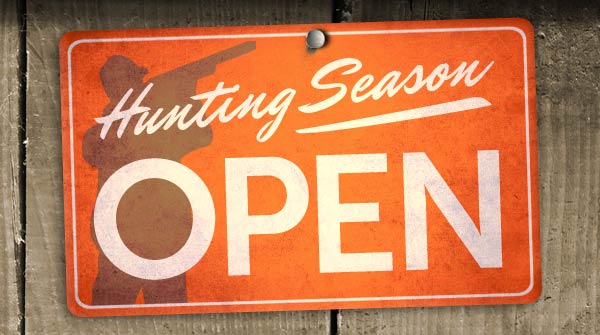 TPWD Gearing Up for CWD Response during Deer Season

Public hearings to include workshops for hunters, landowners

The response plan is being implemented after tissue samples from two mule deer in far West Texas this past summer tested positive for CWD. These are the first cases of CWD detected in Texas deer.

CWD workshops will be held in conjunction with upcoming public hearings to inform landowners, hunters, and outfitters about CWD, care of meat, appropriate management actions, and check station requirements. TPWD will present proposed amendments to deer movement rules, answer questions and take public comment during the public hearing segment of the meetings.

Meetings are set for Oct. 2 in Fort Stockton at the Pecos County Civic Center; Oct. 3 in Alpine at the Alpine Independent School District Auditorium; and Oct. 4 in Van Horn at the Van Horn Convention Center. The workshops will start at 6 p.m. and the public hearing will begin at 7:30 p.m.

CWD is a member of the group of diseases called transmissible spongiform encephalopathies (TSEs). Other diseases in this group include scrapie in sheep, bovine spongiform encephalopathy (BSE or mad cow disease) in cattle, and Cruetzfeldt-Jakob disease in humans. CWD among cervids is a progressive, fatal disease that commonly results in altered behavior as a result of microscopic changes made to the brain of affected animals. An animal may carry the disease for years without outward indication, but in the latter stages, signs may include listlessness, lowering of the head, weight loss, repetitive walking in set patterns, and a lack of responsiveness. CWD is not known to affect humans.

There is no vaccine or cure for CWD, but steps have been taken to minimize the risk of the disease spreading from beyond the area where it currently exists. For example, within the CWD Containment Zone, human-induced movements of wild or captive deer, elk, or other susceptible species will be restricted and mandatory hunter check stations will be established.
Hunters taking mule deer inside the Containment Zone during the general season, Nov. 23 - Dec. 9, are required to submit their harvest (unfrozen head) for CWD sampling at mandatory check stations within 24 hours of harvest.

"We recommend hunters in the Containment Zone and High Risk Zone quarter deer in the field and leave all but the quarters, backstraps and head at the site of harvest if it is not possible to bury the inedible carcass parts at least 6 feet deep on the ranch or take them to a landfill," said Shawn Gray, mule deer program leader for TPWD.

Hunters that harvest deer in the Containment Zone during the archery-only season or outside the general season under the authority of MLDP (Managed Lands Deer Permits) will need to call TPWD at (512) 221-8491 the day the deer is harvested to make arrangements to have the deer sampled for CWD.
Mandatory check stations will be open from 9 a.m. to 9 p.m. Nov. 23 - Dec. 10. Stations will be located in Cornudas at May's Cafe (on US 62-180) and in Van Horn at Van Horn Convention Center (1801 West Broadway).

In addition to protocols within the Containment Zone, TPWD has created a High Risk Zone for voluntary CWD sampling during the hunting season. Biologists have been collecting voluntary mule deer harvest data in the region since 1980 and this year CWD sampling will be offered in addition to age and weight measurements.

"All deer brought to the check stations this season will be aged as part of our CWD surveillance," said Gray. "We also intend to collect other biological information such as antler measurements and field dressed weights as time allows."

Although wildlife officials cannot say how long the disease has been present in Texas or if it occurs in other areas of the state, they have had an active CWD surveillance program for more than a decade.  "We have tested more than 26,500 wild deer in Texas since 2002, and the captive-deer industry has submitted more than 7,400 CWD test results as well," said Mitch Lockwood, Big Game Program Director with TPWD. "But that part of West Texas is the toughest place to conduct an adequate CWD surveillance program because so few deer are harvested out there each hunting season. Thanks to the cooperation and active participation of several landowners, we were able to begin getting an idea of the prevalence and geographic distribution of the disease without needing to remove many deer."

More information on CWD can be found on TPWD's website or at the Chronic Wasting Disease Alliance website.