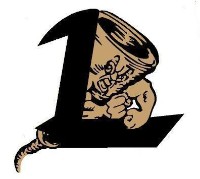 For the second week in a row, the Post Bold Gold Antelopes (1-0) match-up with another team wearing black and gold, the Lamesa Golden Tornadoes.

The District 2-2A, Division I team starts a rebuilding year with new Head Coach David Ritchey.  Last week the Tors (0-1) lost their opening game to Littlefield, 46-13 while the Bold Gold are coming off an impressive win over Morton, 31-7.

Last year Post won at Lamesa in a come from behind effort in the final minutes, 14-7.

According to Post's Coach Steve Smith Lamesa has "advantages in size and numbers."  The Tors are showing 35 players on the varsity roster with fifteen over 200 pounds and one of those, Bobby Trevino, tipping the scales at 305.  Expect Lamesa to run the pass intensive spread offense.