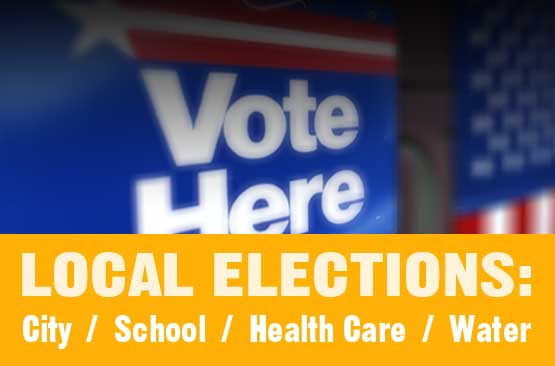 McDonald, Holly and Williams Elected to School Board

First-time candidate Nancy McDonald garnered the most votes in the 2012 Post ISD School Board election giving her one of the three at-large positions.  Incumbents Mike Holly and Milton Williams were elected to fill the other two positions.

Following the canvassing of the votes at the next Post ISD School Board meeting, Tuesday, May 15, 7:30 p.m. McDonald, Holly and Williams will be sworn-in.  School board meetings are at the Post ISD Administrative Offices, 501 So. Avenue K.