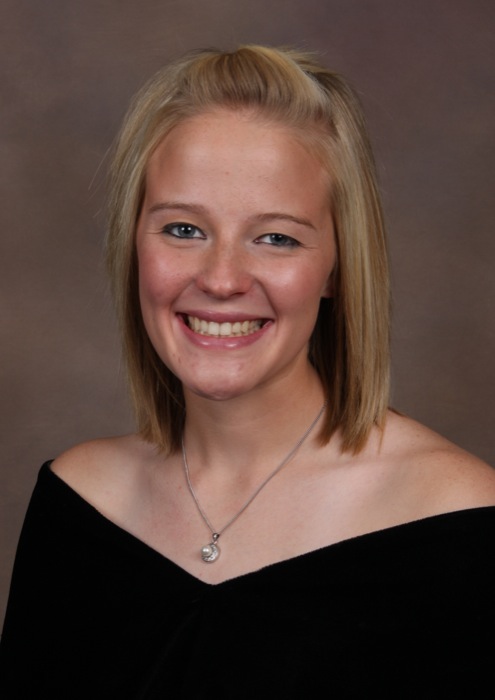 Kari Dunn and Kambry Mason are the top two graduates of the Post High School class of 2012.

At the Post High School commencement ceremony on June 1, Dunn will be introduced as the class valedictorian and Mason the salutatorian.

Kari, the daughter of Lance and Tonya Dunn also excelled on the softball field receiving all-district honors each of her four seasons.  Dunn served as the president of the National Honor Society and the student council and was active in FFA and the Garza County Junior Livestock Association.

Kari also competed in UIL regional journalism competitions and participated in the PHS Theater Department in one-act plays, the musical productions of “Grease” and the "The Pirate Show".
She plans on attending Angelo State University to major in early childhood education.

There are forty-six members of the PHS Class of 2012.  Click here to see them all.

Kambry Mason is the daughter of Brent and Michelle Mason.  She was a varsity cheerleader and a member of the Pride of Post Band in which she qualified for the state solo and ensemble contest.

Mason is a member of the National Honor Society and served as an officer of the Student Council.

Mason played varsity tennis for four years and served as girls basketball manager.  She earned Academic All-District honors as an athlete and a manager.

Mason participated in UIL spelling and journalism. She has participated in the schools theatrical productions including one-act plays, “Grease” and "The Pirate Show".  Cambry earned technical awards as light/sound technician in one-act play competitions.