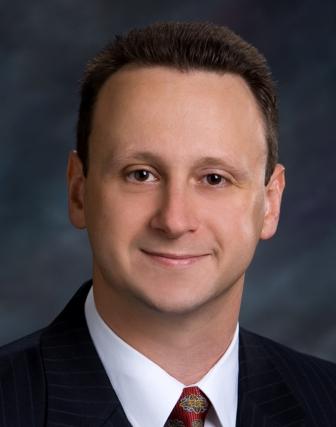 Munk also enjoyed victory in each of the other three counties that make up the district.  In Dawson County, he received 730 votes to 419 for Kingston.  Munk carried Gaines County with 994 votes to 721 for Kingston.  In Lynn County, where Kingston resides, the final tally was closer; however, Munk also won that county with 307 votes to 299 for Kingston.

Since there were no Democratic candidates for district attorney, Munk will be unopposed in the November general election.

"After a very long and exhausting campaign season, I wish to thank all of my supports who took the time to support me with their votes, encouraging words, and all other efforts made on my behalf," Munk said following his victory.  "Thank you for bestowing upon me your trust and know that I will honor and treasure it in my new journey as your District Attorney.  I will strive to maintain the confidence of the people who put me there, never forgetting the interests of Garza County."

The Early Voting results proved to be the indicator of the final results in the three-way race for Garza County Sheriff in the Republican Primary Election.  Terry Morgan garnered more early votes (265) than both of his opponents' combined totals.  Phil Mathews received 106 early votes and incumbent Cliff Laws, 76.

According to unofficial election results Tuesday night, Morgan also won Precincts 1, 2, 4, 5 and 6 with more votes than Mathews and Laws combined.  Mathews won Precinct 3 with 29, followed by Morgan (21) and Laws (13).

"I would sincerely like to thank the citizens of Garza County for their support in this election. I have truly enjoyed meeting several of you in person and look forward to meeting many more of you before taking office,  Morgan told garzapost.com following the Primary Election.  "I will try my very best to meet the expectations of the office of Sheriff. I am working on ways to improve the productivity of this department now. I want this Sheriff's Office to be one you speak of with pride.  I look forward to serving you as your new Sheriff in 2013."

In this four-man race, Throckmorton rancher Trent McKnight received 58% of the vote in Garza County and  Drew Springer of Muenster drew just over 26% of the vote.  The remaining votes were split between David Isbell and Paul Braswell.

However, district-wide, McKnight fell just short of winning a majority of the votes with 49.03% of the total.  He will face Springer who received 34.47% of the votes.  The two will face off in the July 31 Republican Primary Election Run-off.  The winner of the runoff in District 68 will face Democrat Lanhon Odom of Montague County in the November 6 general election.

Incumbent Precinct 4 Commissioner Ted Brannon received 108 votes in an uncontested race in the Republican Primary.  He will meet challenger and former commissioner John Valdez, Democrat, in the General Election in November.  Valdez received 12 votes in his party's primary election.

Daniel Yarbro was unchallenged in the Constable Precinct 1 race and received 471 votes in the Republican Primary.